A few successes, many challenges: campaign reflects on road ahead 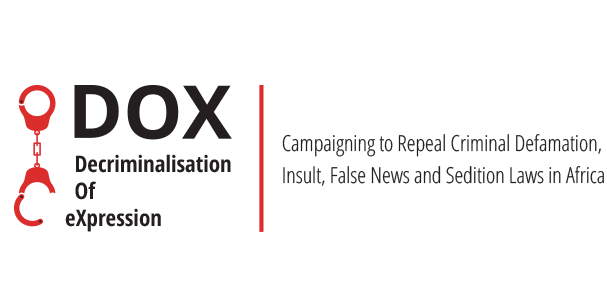 The crusade against defamation, insult, false news and sedition laws across the African continent will be won with a mixture of both political and legal methods, delegates at a 19-20 September continental campaign meeting in Johannesburg agreed.

At the Decriminalisation of Expression’s two-day meeting, activists from African and international organisations exchanged ideas on recent developments obstructing freedom of expression in Africa, the challenges they face in convincing governments and legislatures to do away with colonial-era defamation laws, as well as the need for leveraging regional communities and other transnational organisations.

The meeting started off on a positive note. South Africa’s ruling party, the African National Congress, on Saturday morning announced plans to remove the crime of defamation from South Africa’s common law. A good number of the South African delegates were at the ANC workshop where the announcement was made, and returned with the good news.

Caroline James, of the South African Centre for Litigation, said the ANC’s declaration should be the starting point of a regional campaign to convince Southern African governments about decriminalising expression. Her comments came after a session in which delegates were grouped into regional teams to maps the freedom of expression situations in their countries.

The maps showed the challenges the Dox campaign still faces. Whereas countries like South Africa and Ghana have made progress towards more freedom for the press, authorities in most African countries are still using criminal laws to scare and lock up journalists. Ethiopia, Angola, Eritrea, Burundi, Lesotho, Rwanda and Mozambique were named as some of the countries where authorities are pursuing journalists using criminal laws in their penal codes.

Meanwhile, in Cameroon a minister is reported to have said that journalists are not above the law and should be punished just like any other citizen when they defame others; in Zimbabwe both government and opposition MPs are sceptical about the need to do away with sedition and defamation laws because they think they are a check against state media, which has been used to defame both members of the opposition and ruling party cadres who run afoul of powerful government officials.

However, it was not all doom and gloom. The delegate from Tanzania said journalists and activists have been working together with members of Parliament towards reforming media laws. This interaction was instrumental in convincing the government not to rush through potentially restrictive bills earlier this year.

One of the campaign’s key successes is the judgement in Konate v Burkina Faso delivered by the African Court on Human and People’s Rights. The court ruled that imprisoning journalists for defamation is a violation of the right to freedom of expression, and that criminal defamation laws should be applied only in very restricted circumstances. The judgement in the case is binding on states that are part of the African Union. The judgement is also testament to the effectiveness of litigation in pursuing the objectives of the campaign.

Still, some delegates pointed out that in some environments a political process might achieve faster outcomes than litigation. Article 19’s Henry Maina said they have had some successes with convincing MPs to change proposed laws after engaging them, situations in which litigation might not have helped at all. Justine Limpitlaw, a South African electronic communications lawyer, also pointed to Saturday morning’s ANC announcement as a testament to the necessity of engaging with politicians.

As the campaign moves forward, it was agreed that more needs to be done to spread awareness about its objectives. In addition to more interaction between the partners, some delegates noted the importance of reaching out to other organisations specialising in media issues, media organisations, and the academia. In the words of Justine Limpitlaw, the campaign needs “tough groundwork” to overcome the several challenges standing in its way.