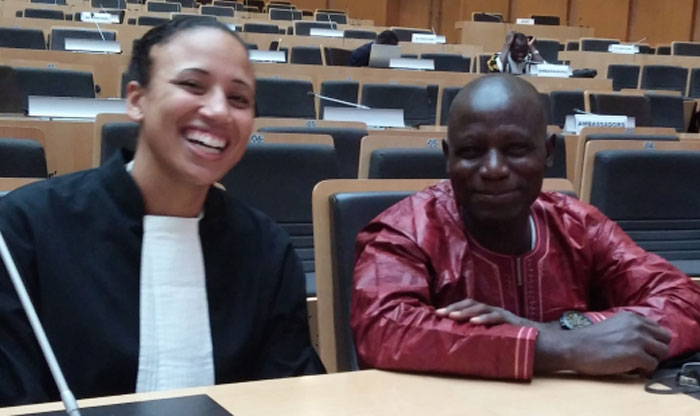 Media and human rights organisations are delighted with today’s decision of the African Court on Human and Peoples’ Rights in the case of Konaté v Burkina Faso to rule that imprisonment for defamation violates the right to freedom of expression,and that criminal defamation laws should only be used in restricted circumstances.

The highest court in Africa has sent a strong message that governments may not use severe criminal penalties to stifle public debate and reporting on matters of public interest.

“This is a landmark decision that will change the free expression landscape on the African Continent. The decision will not only give impetus to the continent-wide campaign to decriminalise defamation but will also pave the way for the decriminalisation of similar laws such as insult laws and publication of false news” said Adv Pansy Tlakula, Special Rapporteur on Freedom of Expression and Access to Information in Africa.

In March 2014, 18 non-governmental organisations intervened as ‘friends of the court’ in the Konaté case at the African Court in Arusha, Tanzania, to address growing concerns over the use of criminal defamation laws to censor journalists and others in Africa.

In 2012 Issa Lohé Konaté, the editor of the Burkina Faso-based weekly L’Ouragan, was sentenced to 12 months in prison and fined 4 000 000 CFA francs (6 000 Euros). Konaté was convicted of defaming Burkinabé State Prosecutor, Placide Nikiéma, after he published two articles raising questions about alleged abuse of power by the prosecutor’s office, particularly in the handling of a high-profile case of currency counterfeiting.

The group argued that criminal defamation and insult laws are incompatible with freedom of expression and severely undermine the democratic rights of the media and concerned citizens to hold their governments to account. Governments routinely use these laws to silence critical voices and to deprive the public of information about the misconduct of officials.

Journalists, lawyers and activists who should be free to carry out their work without fear are instead vilified and criminalised under these laws. The systematic denial of freedom of expression leads countries down a slippery slope towards impunity and authoritarianism. A clear nexus links censorship to bad governance. A democratic society cannot function without an active commitment to freedom of expression.

Burkina Faso’s criminal defamation laws, like those in many African countries, are a relic of colonialism. These laws are incompatible with an independent, democratic Africa. Approximately 95% of the countries in the world have criminal libel laws. In 2013, 211 journalists were imprisoned for carrying out their work. African countries are amongst the worst offenders in using criminal defamation laws to fine and imprison journalists.

For more information about the case, please contact the following spokespersons:

The organisations that intervened as friends of the court in the Konaté case are:
Centre for Human Rights: Prof Frans Viljoen, Director: frans.viljoen@up.ac.za